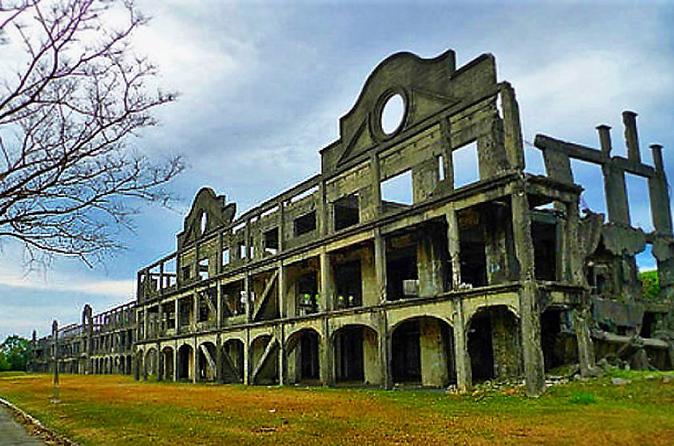 Experience history of World War II at Corregidor Island as you share your trip with other guests from around the globe.

This tadpole-shaped island is a treasure trove of information for history buffs. Accessible by a ride from Manila on board of a 150-seat fast ferry, Corregidor is also known as ‘The Rock’. It was the nerve center during the World War II and the focal point of Manila’s naval defense. It is here where a handful of Filipino and American patriots resisted the fury of Japanese onslaught aimed at conquering the country at the beginning of World War II. A guided tour on board a ‘tranvia’ or bus takes you through landmarks and features that made this island a formidable defense bastion: gigantic canons, a mile-long barracks facility that once housed thousands of fighting-fit soldiers, a Pacific War Memorial Museum with war relics and photos of such, a light and sound multivision presentation inside darkened Malinta Tunnel where Douglas McArthur met with Philippine Commonwealth President Manuel L. Quezon, and from which they made their historic escape.

Experience history of World War II at Corregidor Island as you share your trip with other guests from around the globe.