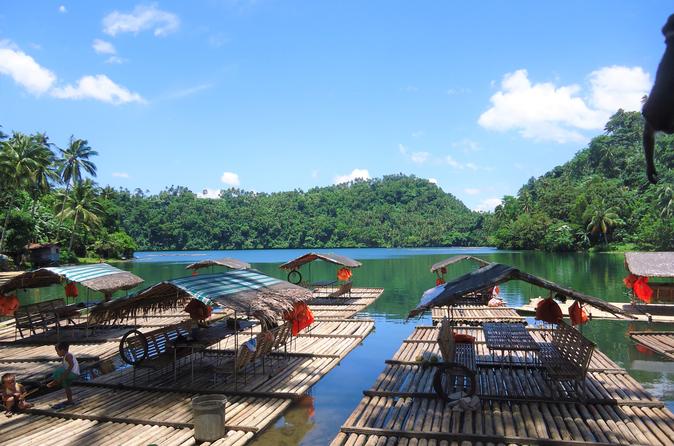 Visit the ‘Arts Capital of the Philippines’, a haven of artistry and home to two national artists.

Travel to Angono in Laguna, also known as the ‘Arts Capital of the Philippines’. It is a haven of artistry and home to two national artists, Lucio San Pedro, a musical composer, and Carlos ‘Botong’ Francisco, poet and muralist. Visit the site of the petroglyphs, a group of figures carved on a rock surface in a mountainside, which are known to date back to third millenium B.C. and are considered to be the country’s oldest known artworks and a national treasure. From Angono drive along Laguna Lake and see local folks working by the roadside, earning their keep by weaving lanterns, hammocks and other furniture made out of bamboo. Stop at Paete, a town known for its exceptional woodcarving that dates back as early as the 16th century. Visit the town’s stone church built in 1646 and walk around the narrow lanes lined with handicraft shops. Stop at Lumban, where the making of embroidered barong tagalog shirts is the town’s important cottage industry. Continue on to San Pablo, a town known for its seven lakes. The Pandin Lake is believed to be a crater lake of an extinct volcano. Enjoy a relaxing ride on board a bamboo raft and a sumptuous meal served on board. En route to Manila, drop by Sampaloc Lake, the largest of San Pablo’s seven lakes, and enjoy the placid and laid-back ambience in the town plaza overlooking the lake. Arrive the port in the evening.

Visit the ‘Arts Capital of the Philippines’, a haven of artistry and home to two national artists.